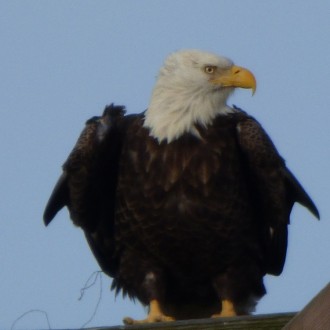 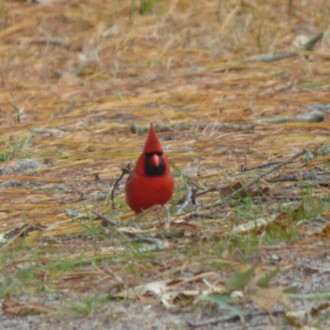 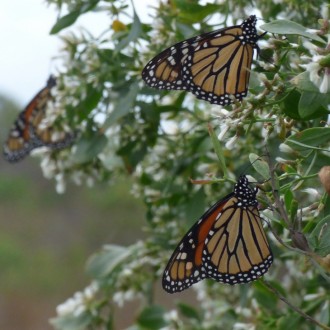 A Happy and Prosperous New Year from Glenloy Wildlife! I realise it has been some time since I wrote an update, but as usual things have been hectic since the tail of last season. At the end of October we visited our eldest son in Washington DC. Managed to get some wildlife watching in along the way, and were rewarded with black bear, white-tailed deer and bald eagle, amongst a cast of many. Perhaps the most interesting beastie was the Delmarva fox squirrel, a larger and furrier cousin of our non-native grey, confined now to the Delmarva peninsula on the coast of Chesapeake Bay. The most surprising was a very tame sika deer in a National Wildlife Refuge. We also enjoyed a host of ducks and waders but were sadly a little early for the wildfowl migration. We did, however,  manage to catch the tail end of the hawk and songbird movement. We even fond a few hardy monarch butterflies by the coast, not far from a plethora of horseshoe crab shells of all sizes. A few snakes, turtles and immense crickets were still taking advantage of the November sunshine. There were also some lingering bright red cardinals about, perhaps our favourite bird of the trip. We witnessed the southward move of the Fall colours and were duly impressed. The National Park system in the US still has a lot going for it and let’s hope that current political moves will not weaken it.

Throughout  December and January we have been seeing family and travelling between Fort William and Lancashire via Edinburgh. The weather has been kind for travel to date, but not so good for the ski resorts. Although we have had snow on the tops and the usual rash of winter fatalities on the mountains, there has been very little cover to date, and nothing lasting at sea level. Although we have not had the opportunity to do much wildlife watching we have kept our eyes open on our travels. Flocks of pinkfoot geese in their thousands have added interest in the Borders and the Fylde plains. Wintering lapwings and golden plovers have been glimpsed wheeling above the fields along the northern section of the M6. These have been joined by substantial murmurations of starlings, particularly above Penrith

. Family groups of whoopers grazed on the shallower lochs along the A82 to Glasgow, but numbers seem to be down this year. Goldeneye have finally made it back in numbers and can be seen anywhere. Bullfinch and greenfinch continue to grace the feeders in my father’s garden.

At home we have still managed to enjoy some memorable days out. Christmas Eve dawned cold and crisp, with temperatures failing to get above freezing all day. The cold did not seem to put off our red squirrels that have continued to visit our feeding  stations all winter, with up to six at a time being  spotted just before Christmas. We went for a constitutional up the glen. Almost the first bird we saw was a male hen harrier quartering the top of Drum Laoigh. This was shortly joined by a pair of ravens. There were plenty of red deer on the tops, with a herd of over 60 on Beinn Bhan.  As we returned toward Achanellan we kept looking over our shoulders for eagles and were rewarded with the sight of a pair also hunting over the ridge. Back at home the pine martens appeared outside the door of the Lodge at their usual early winter-feeding  time. Up to three martens have been regularly entertaining us of late, the mum and sons from this year and last year. The colder it is the higher the chance of seeing more than one.

We had an unusual Christmas visitor that ran across the hearth a couple of times while we were sat in the guest lounge. This was a shrew, probably a pygmy shrew, and easily small enough to come up through tiny holes in the floorboards. We seem to have had good number of owls about at the moment, so perhaps it knew what it was doing. We have had good views of both tawny and barn owls on the drive from Banavie now the nights are long. There is also a good chance of disturbing  a woodcock from the side of the road. A mixed flock of redwing and fieldfare is feeding in the fields between the canal and the river. A December kingfisher catching a fish in the canal was definitely a winter bonus and we watched this for at least 20 minutes.

New Year’s Day was also fine and cold. We managed a good walk to clear our heads by the coast. We saw a few seals and both red-throated and great northern divers. Goldeneye dived amongst them. We had hoped for an otter, but the only possible sighting so far this year has been a glimpse of a likely animal coming into shore as we passed at speed. So – our next goal for the year is to do a spot of otter watching. We will also go hunting for anything interesting in advance of our upcoming Winter Wildlife break in March (places still available!). In the meantime enjoy your winter wildlife watching.

<< October Migrants and Other Highlights