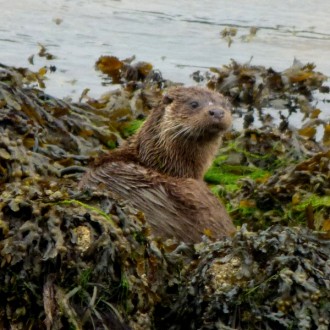 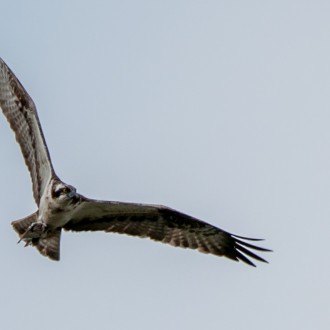 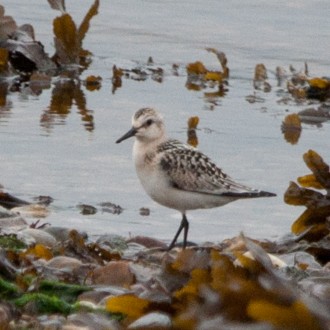 Late summer in the Highlands has seen the heather blooming purple on the hills, the wet grassland studded with devil’s-bit scabious and the verges painted with knapweed and ragwort. Occasional white splashes of grass-of-parnassus have brightened the day for botanists. The trees and fields have remained remarkably verdant this year, the leaves lasting longer than usual, no doubt helped by a fair quantity of rain. Only now are the birches starting to change colour and the bracken turn golden. There has been a tremendous crop of rowan berries, with the trees still laden in mid-September. Other trees have fruited heavily, with a weighty cone crop on the conifers, hazel nuts in plenty, and a bumper beech mast; all of which augurs well for the winter birds. In the meantime, we have ploughed on despite the rain, travelling to avoid the worst, managing to stay more-or-less dry overall, and enjoying some great late-season sightings.

We had great views of minke whale (as many as five) on a trip to Eigg and Rum with the Sheerwater, and a pod of common dolphins for good measure. A non-landing cruise to Eigg and Muck produced more common and a single bottle-nosed dolphin, with plenty of harbour porpoise. Shearwaters were still plentiful in the first week of September, as were gannets, along with little flotillas of guillemot parents and (well-grown) chicks. More remarkably, we saw a huge increase in the number of great skuas compared to previous years, along with a few arctic skuas ( that have proved elusive in the past). Seals were abundant, with sightings of grey as well as harbour seals.

Raptor success has been mixed, these being reluctant to fly in poor weather, but we have still managed to find a good selection. An osprey chick was still on the nest-tree in late August, with a large trout in its claw, while we watched another individual fishing and later eat a flatfish on the beach at Udale. Golden eagles were seen in various locations, including Glen Loy and Glen Roy, although there appears to be few young around other than the birds in Glen Nevis. In one bright period following days of rain and wind we were lucky enough to see several kites followed by a merlin mobbing a buzzard, while a hen harrier flew by. Later that afternoon we also picked up a goldie being chased by a sparrowhawk in the same glen. Most of our group enjoyed a close fly-past of a marsh harrier at Insh Marshes, while a hen harrier was quartering in the distance. A rather bedraggled juvenile white-tailed eagle posed on the beach before flying up into nearby pine trees. Further sea eagles were seen around Loch Shiel, whilst distant sightings have been made of adults perched on the monument at the point of Gour, on more than one occasion of late.

Unusual waders (for us) have been passing through Lochaber in the last couple of weeks including both black-tailed and bar-tailed godwit, still retaining vestiges of summer plumage. The golden plovers have largely lost their black bellies now and the plentiful greenshanks are looking pale and wintry. A large number of turnstones have been accompanying the more usual ringed plovers and, on one occasion accompanied by a ‘mystery’ wader. Close scrutiny of photos enabled us to pin this down as a well-marked, juvenile sanderling. Again, not a wader we are over familiar with on the West Coast. Other birds are starting to arrive around the coast, including Slavonian grebes,  some still in breeding plumage. We have been watching adults feeding young on Loch Ruthven, so these must be from further afield. Drakes are starting to colour-up a little but have yet to reach their full breeding plumage. We saw a distant flock of scaup, freshly arrived in the Cromarty Firth, along with early wigeon. The first skein of pinkfoot geese was also heard overhead. In Fort William we still have the visiting drake gadwall, which has been here all summer. Even in the last week we have seen good numbers of spotted flycatchers, late to depart, along with wood warblers and wheatear, whilst the hirundines seem to be in no hurry to leave.

The deer have yet to start rutting, but it won’t be long now. Already some of the red deer are acquiring their winter coats, whilst the sika stags have moved closer to the herds of hinds. Otters have shown regularly as singles, including three different individuals on one day, but there seems to be few mothers and cubs around. Red squirrel visits to the garden have become less frequent, which is normal for this time of year as they move out to take advantage of the hazelnuts and other natural bounty. We are still regularly seeing our female pine marten and two kits, although seldom together. The smallest kit seems to have vanished. One large male kit seems to be monopolising his mother’s company and is quite a bully, stealing her food and fighting with his brother if the latter has the temerity to appear at the same time. Bats are still chittering away above our parlour, but the nursery roost will soon be abandoned as the nights become longer.