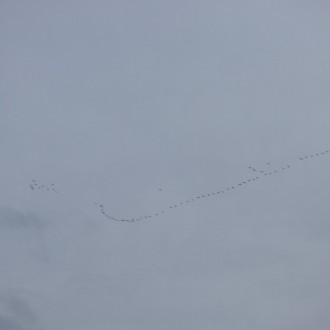 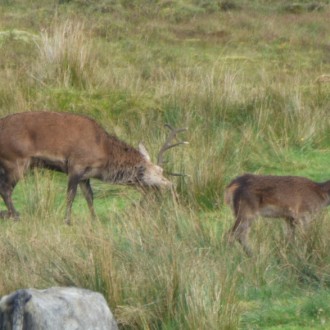 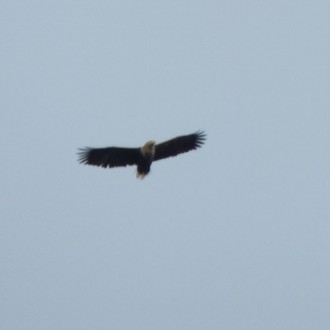 In early autumn we celebrate the red deer rut, and this year we have run two specific breaks in which the deer featured prominently. There is nothing quite as evocative as the sound of bellowing stags reverberating around a remote glen shrouded in early morning mist. By mid-September the usual bachelor groups of stags had dispersed and individual stags could be seen resting watchfully amongst small groups of hinds. Over the next week the rut intensified, with larger harems formed and the dominant stags much more active. We watched stags roaring, threshing their antlers and rolling in peat hags. Smaller rivals were kept at a respectable distance, to be chased away if they encroached an invisible boundary. Recalcitrant hinds were rounded up and largely kept in check, although the occasional hind and calf pair made good their escape bid. On the extensive rutting grounds above Loch Quoich minor dramas were played out within and between scattered groups of hinds and the hopeful pretenders surrounding them. Fighting stags are rare, as the natural instinct is to avoid potentially fatal clashes that are unwinnable. We did, however, witness sparring between pumped-up stags currently lacking their own hinds (elsewhere small groups of onlooking stags seemed to get along peacefully). Sadly, the weather put paid to our intended visit to the Laundry Greens on Rum, where fights or their consequences are regularly reported by the Rum Red Deer Research Group on Twitter. At the end of our last afternoon of the Red Deer Rut break we finally watched a stag mating high above the Parallel Roads of Glen Roy. This was preceded by the hind persistently mounting the stag, as if showing him what to do, and the whole process then repeated -obviously a reluctant suitor!

This is also the best time of the year for watching eagles and other raptors. In our eagles and deer break we had several sightings of both golden and white-tailed eagles daily. In two separate locations we watched a pair of adult white-tailed eagles hunting, accompanied by a juvenile. An adult flew low over our heads whilst watching the ridge at Lochaline, probably having been roosting in the trees above us. The next day we also had a juvenile golden eagle take off from a nearby tree and fly even lower above us. This then circled the adjacent hill, where it was joined by another juvenile, seemingly of the same age. The likelihood is that these were fledged from the same eyrie. Other sightings were of the usual, more fleeting variety, but included golden eagles being mobbed by ravens, and a pair of white-tails mobbed by a goldie! The other significant raptor that we picked up on both breaks was the merlin. We watched a female merlin hunting a pipit close to the road in Glen Garry. It chased the pipit into a bush, entering this itself until the small bird was panicked into flight once more, at which point the pursuit was resumed. Possibly the same merlin was seen close by a week later, hunting a flock of twite. There was no doubting that the other merlin we saw was a different bird as this was a handsome cock that dashed across the road in front of the minibus close to Glen Loy.

We also had a memorable otter encounter in what can only be described as challenging weather. In more hope than expectation we had a look for otters in Fort William, having just had a rather disappointing glimpse of some rather soggy blackcock. As we approached the edge of the loch, I saw an otter porpoising, which was, in itself, unusual. It then swam rapidly towards a spit of land containing a substantial gull roost. The next thing we knew was that all the gulls had taken to the air, screeching. All except one unfortunate individual, however, which the otter had grabbed and proceeded to drown as we all watched with mouths open. This big dog otter then climbed onto the spit and started to pluck and eat the gull. It was still there feeding by the time we escaped the rain. If that was not enough, as the first otter was occupied, another otter started fishing between the nearby rocks and the spit, climbing up onto the rocks to eat a large fish. Well worth the effort of an early morning in the wind and rain!

Other wildlife was on the move during our recent breaks. Skeins of pink-footed geese passed high above our heads. Hundreds of redwings also flew south, betrayed by their seeping calls. Some even rested on pasture to afford a better look, joining the multitudes of pied wagtails already present. Great northern divers and Slavonian grebes were seen along the coast of Loch Linnhe, as were porpoise from the Corran ferry. Late departures included an unlikely whinchat on 6th October, and a swallow on 7th. Red squirrels were much in evidence, dashing across roads in the vicinity of hazel bushes. We watched one busily robbing the feeders at Inchree to cache nuts barely twenty metres away. Sadly, the Glenloy squirrels have temporarily (hopefully)vacated the garden but have also been seen along the glen road by the hazels. Our pine martens have remained faithful, with the mother and two kits still coming nightly to the feeding station, although not now all together. In fact so much has been happening that we have not even had space to mention the autumn colours!